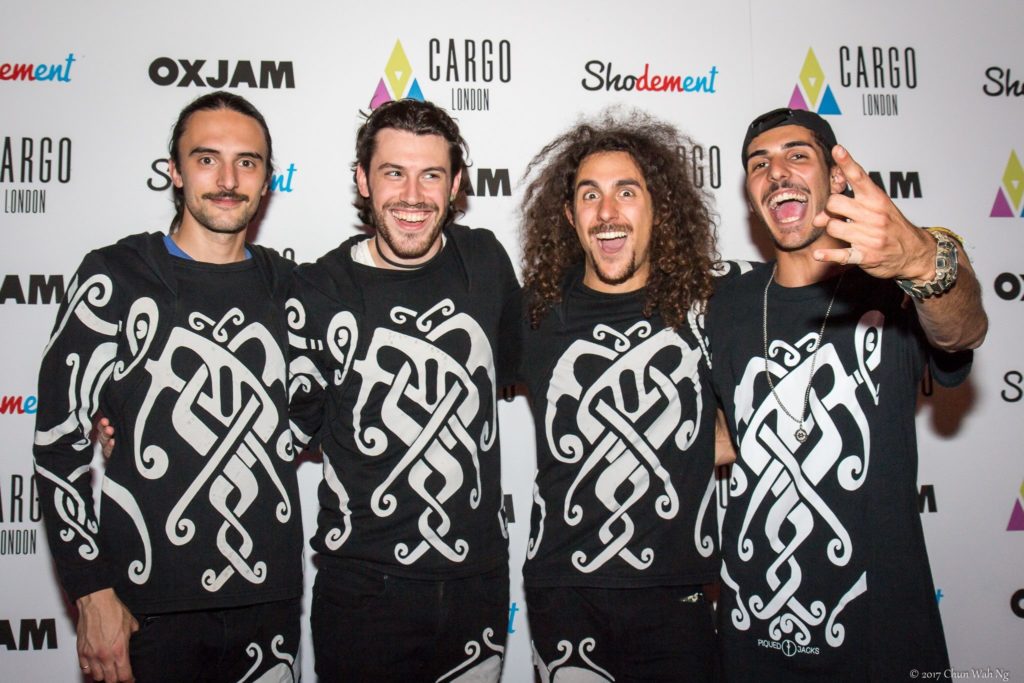 Piqued Jacks describe themselves as ‘A passionate and polychromatic alt/funk-rock band of brothers’, and to be quite honest, I could not have put it better myself. I guess my job here is done.

I kid of course. Piqued Jack’s hail from Buggiano, Italy, and Austin, Texas, respectively. They sit in the area where funk and rock meet, playing a range of music that is constructed by meaty melodies and meaningful lyrics. They remind me of a more sun-kissed/bronzed incarnation of melodic metal bands; think Coheed & Cambria if they were brought up in Tuscany. Or Mars Volta. Or Wolfmother. Get the picture? It’s a pretty one.

hey were asked about how this mixture of geographical backgrounds affected the sound of the music they produced:

‘The environment has always played a big part in our music-making process. We created songs both in an old house in the Tuscan countryside and on a porch of a Texan ranch (and pretty much everywhere in between), switching from our own rehearsal room in Buggiano to the one we rented in Austin. We’ve always related differently to every place, not only as a band but also individually, so everybody kinda translated his appreciation, or refuse, or enthusiasm, or curiosity, or anger towards that particular place in the music each one wrote.’

It is evident that Piqued Jacks, even though they are the very definition of multinational, are very at home within themselves and in the music they create. Drawing upon the world around them for inspiration. Their track Home Is Forever, from their 2015 album Climb Like Ivy Does, begins with the lyrics ‘Don’t ever forget your roots’, a tenet that the band seems to live by.

Their latest release Aerial Roots, is a sort-of re-release of Climb Live Ivy Does, yet it is a solely acoustic album, a little more restrained and downtempo. It is in essence, a different album, or at least, a different take, like a reproduction of a painting in a different style.

When asked about their musical output, and what kind of things inspired them, be they other musicians or aspects of daily life, Piqued Jacks responded:

“Everything we live and whatever we listen to ends up in our music. One very inspiring aspect of daily life is driving with loud music on, as is going to see concerts – we wish it was “more daily” though – or just sitting alone with an instrument.

All the experiences that have an impact on our life, like a trip to a foreign country, a spiritual retreat into nature, the love for a relative, a girl or a pet, also have it on our songs. And vice-versa: we once named a pet hamster “Dr. Spunky”, after of an old track of ours.

Speaking of other musicians instead, well, that’s a long list to make. We’re like sponges, we absorb everything we like and then we fail at re-creating it, which I guess is where our own style begins. D’you want names? Ok, we try to keep it short: Joshua Homme (guitar), Matt Garska (drums), Jared Followill (bass), Brandon Flowers (vocals). And Dave Grohl. And Biffy Clyro. And the early RHCP.”