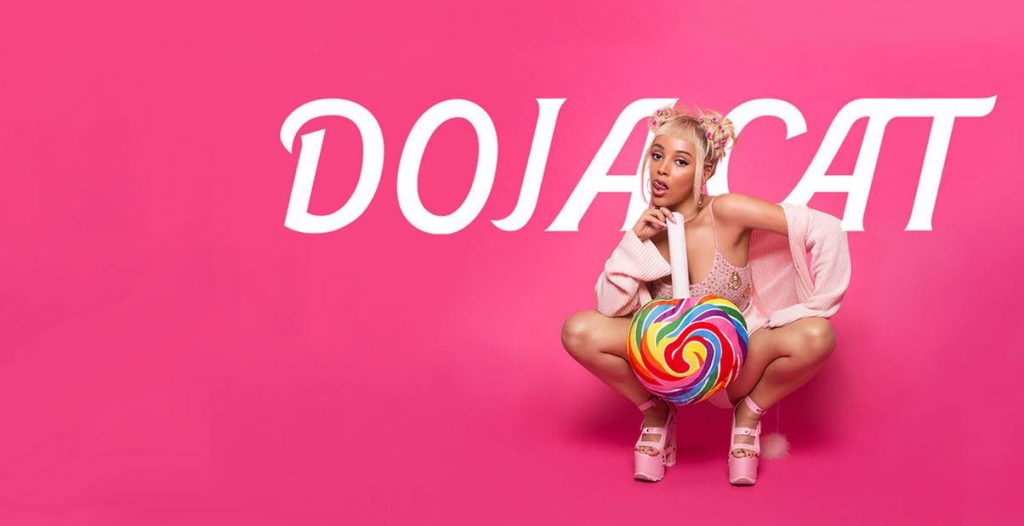 Doja Cat known to few as Amala Dlamini is an American singer, songwriter, rapper and producer.

Being born into an artistic family (her father is a film producer and her mother a painter!) she was trained in piano and dance she was a child.

Her rapping skills are inspired by the likes of Pharrell, Jamiroquai and Drake , you can also find a lot of influences from Hinduism and Indian culture in her music.

Her single “So High” led to her being described by Vibe as  an “18-year-old psychedelic prodigy”.

Her first full length album was released this March titled ‘Amala’ . The single ‘Go to Town’ produced by Powell has over 15M views with the music video being directed by Jabari Jacobs.

To find out more about Doja Cat: